Chapter 5 now available inside the app! by noreply@blogger.com (Daniel Lieske)
Tuesday April 9th, 2013 at 1:53 AM 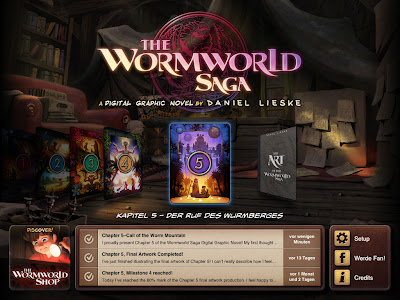 Finally we've managed to publish Chapter 5 inside the Wormworld Saga App. We're over a week late on this and I'm really sorry about that. I don't even want to bore you with the filthy details of our failure. Let's just say that the only way to make sure that a new chapter will launch simultaniously on the webside AND the app is to wait with the release until all the data for the app is ready and tested. This will mean that it might happen that although I might be ready to launch on the website I would need to wait with the launch until the app developers give their green light. I'm used to launch right at the moment when the last touches for a chapter have been done. This time we launched on Sunday and the last adjustments to the layout were done on Saturday so there wasn't much time lost. I anticipated the app launch on Monday which also wouldn't have hurt much. Well, the one positive aspect of a delayed launch inside the app is, that it gives me the chance to fix all the typos that the readers of the web version point out. It's not easy to update a chapter inside the app so we really have to make sure to find as many typos as possible before the launch. This might become a bit of a challenge if we launch simultaniously.

However, there it is - Chapter 5 inside the app. The Collector's Edition comes with a new artbook item that has added a new page to the artbook index! 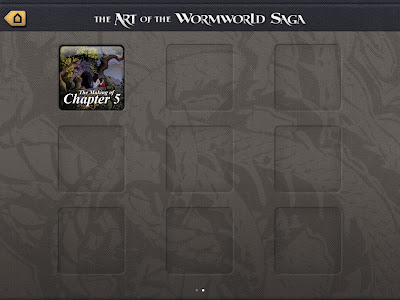 "The Making of Chapter 5" features a gallery of color studies that I painted for Chapter 5: 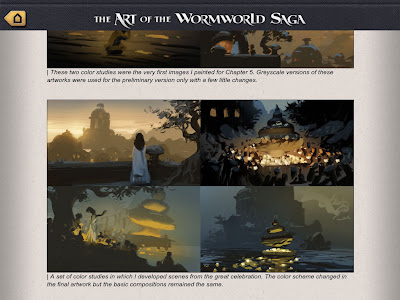 And I've written up some info about my use of color schemes into which I've put particular care during the production of Chapter 5: 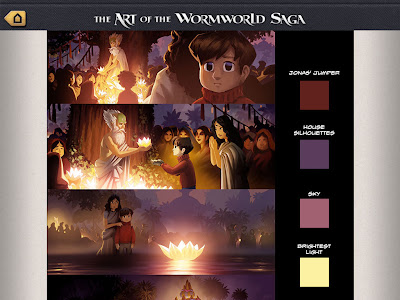 There's also a bunch of sketches in the article (Raya's room, the waterfalls, the transport ship...) and I've also gathered some info about the higher resolution that I produced this chapter in. So, it's a nice artbook item and as always it's accompanied by the artwork and the prelim version and the author commentary inside the chapter itself.

lepht
How does one go about subscribing to your newsletter? 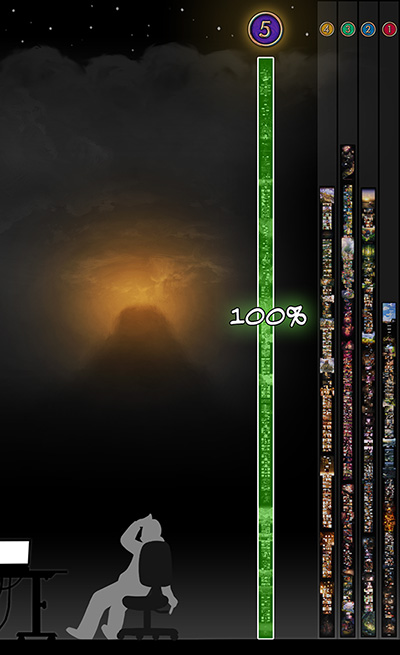 I can't really describe how I feel now. It's always such a weird feeling when there is no next panel to work on. For the last 3 months I've worked through the seemingly endless list of panels. This chapter was HUGE! You can see in the illustration above that it's by far the longest chapter of all. And I painted in in a higher resolution than the other ones (because of some HD goodness that's going to happen in the near future). And the illustration above does not even show the full height of the chapter because just before the last milestone I added 4 extra panels that I felt were neccessary. The interesting thing is that, judged by the working hours, this chapter wasn't much more work than Chapter 3. I worked  332 hours on the final artwork of Chapter 5 and  305 hours on the final artwork of chapter 3. That can mean only one thing - I've gotten faster!

Ok, there's still some stuff to do now which will keep me busy all week. The layout has to be done, the extra content for the app and a substantial website update has to be prepared. Yes, the look of the website will change considerably. I've got to do something against the clutter and visual noise that has built up there. and I've got to paint the cover illustration of course. But everything is under control now and I can savely commit to a final release date:

I thought it was a nice idea to set the launch date on Easter Sunday. It's a little bit like the Christmas launches that we had with Chapter 1 and 2. I soon will install a countdown on the website so that you can easily see when the time has come no matter in which timezone you are.

And I've got another announcement to make. Remember the kickstarter campaign that we launched with Chapter 4 last year in August? My wife and I have finished our work on the webshop that we funded through that and together with Chapter 5 we will finally launch The Wormworld Shop!

Now, that's going to be exciting. I really can't wait to get all this stuff online.

And although there normally are no preview images on the last milestone update, I've got a little something for you. The panel contains spoilers so I can only show you a slice of it.